Before proposing a library design to replace the existing library on Barnard College’s campus, analysis of library social systems and the site was undertaken which focused on the “peer pressure” that organizes and controls social systems. Using the example of the panopticon, an analysis of the libraries on campus revealed a similar pressure to focus on studying. In addition, the analysis revealed the social system of occupying space through placement of books and other belongings. The proposal also included an interest in rearrangement of books throughout the library, and the unique academic connections that may be made through the new relations. Then analysis of the site was undertaken revealing the agglomeration of several different building types, and the “jig-jogs” of the site which force users to constantly turn during circulation. The midterm project presented these findings.

Above: Analysis of library users and occupation 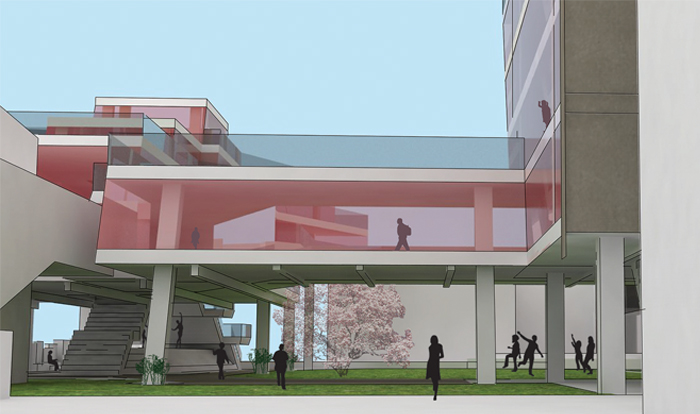 Professor Peter Zuspan Using the program and site analysis from the midterm, a proposal was designed to utilize and exploit the peer […]