This project uses a transformation system based in Grasshopper to create an architecture that uses intensive processes of convection and conduction thermodynamics in a first state, and the process of radiation in the second to inform the extensive properties. Through a thick envelope, compact structure and central temperature/people circulation system, the first state utilizes the attributes of the stack effect and a central chimney to drive and enhance its thermodynamic system. As the armature unfolds the geometry (in Grasshopper) into a second, exposed state, the radiation and shading enables a completely different thermodynamic and organizational environment. The proposal references, enables, and explores the dichotomy between environments, geometries, thermodynamic systems, and circulation systems. 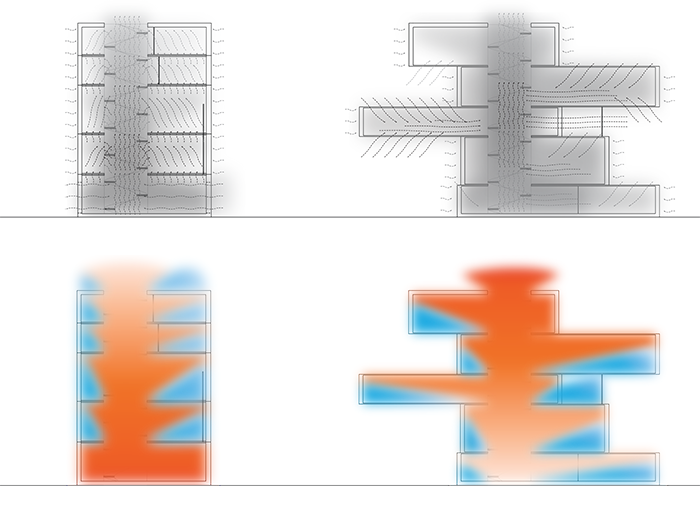 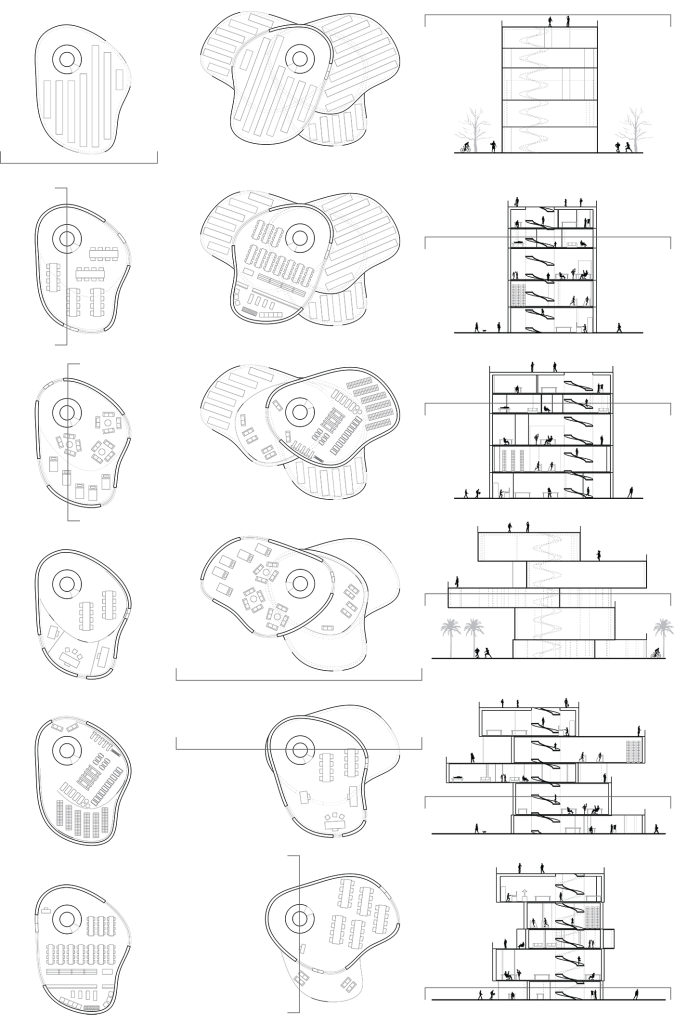 Plans and sections of compact and exposed states 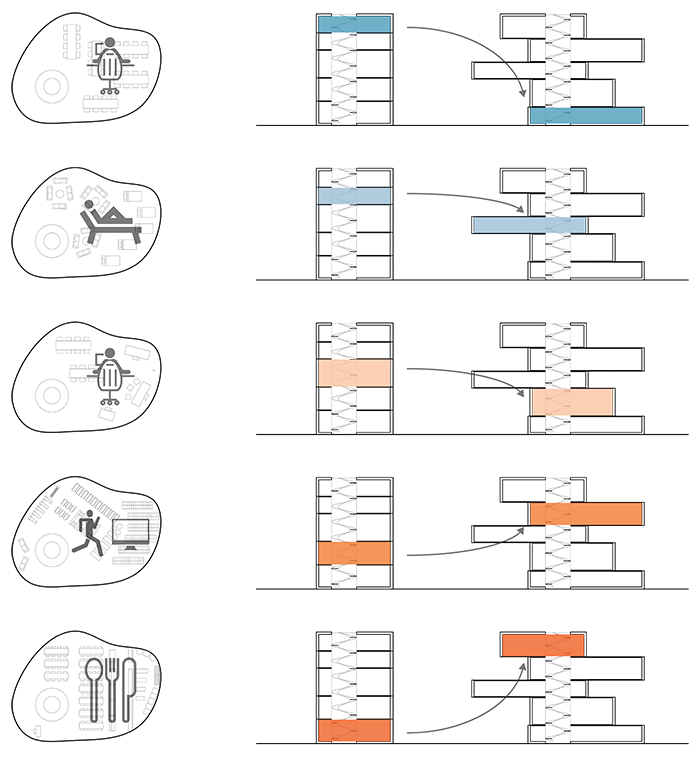 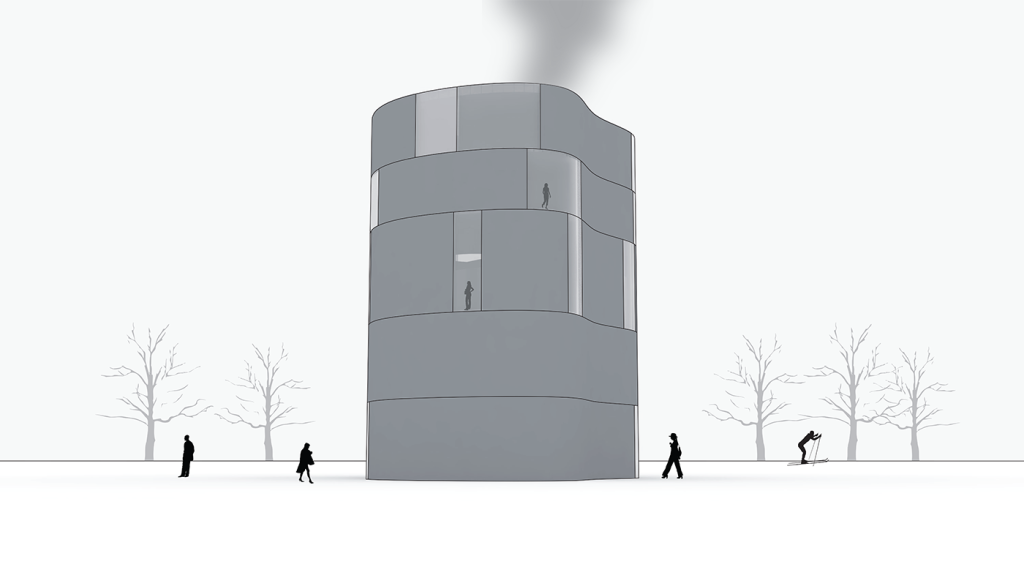 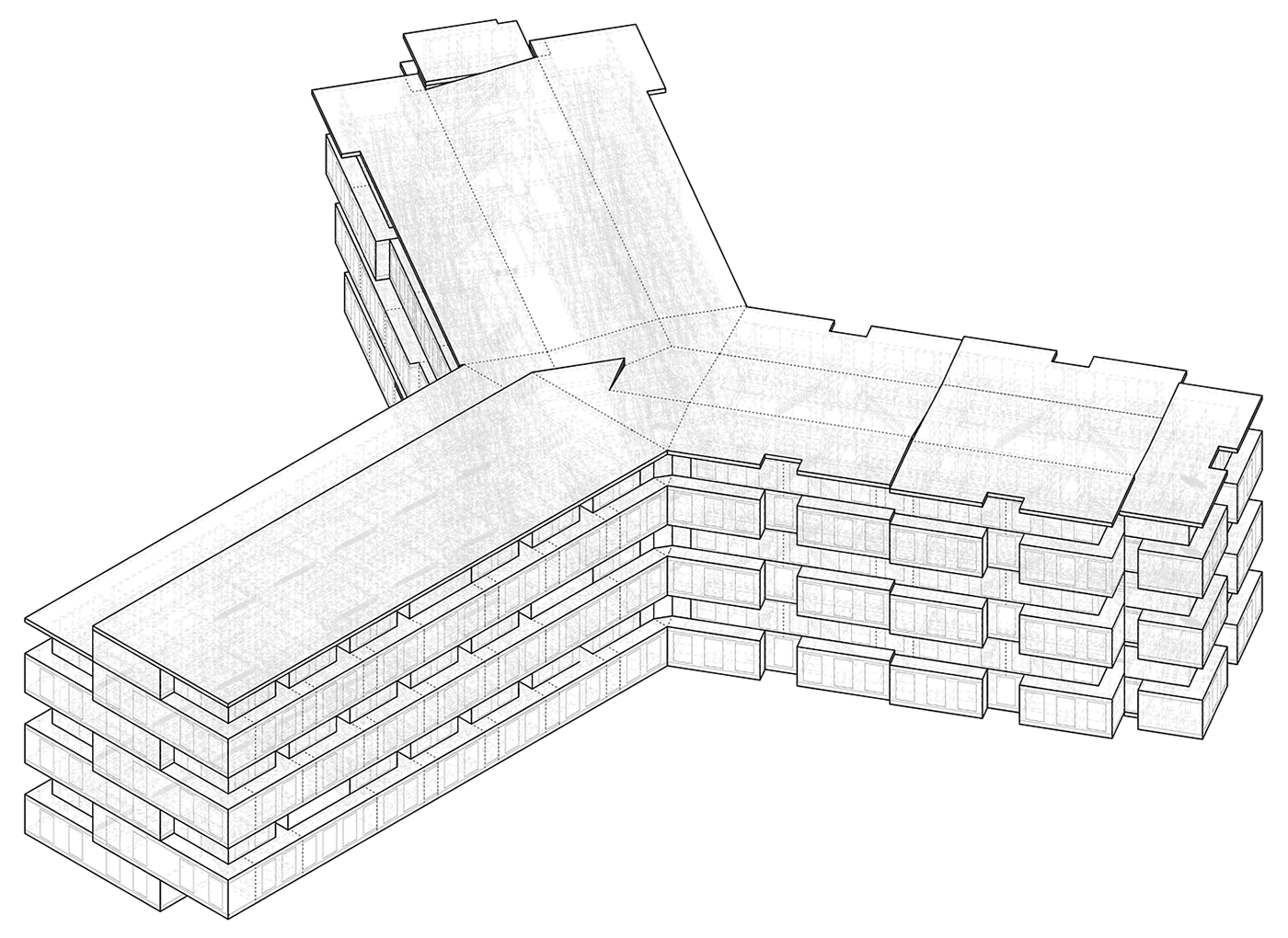 Cristina Parreño This project, a dormitory, proposes a system of quad rooms composed of two doubles lofted together in order to maximize […]